October was a great month for achievements, many people were graded to the next belt level, and two Sobukan athletes represented Kudo SA at the Kudo Victorian Open.

Congratulations to the Jeffrey family for winning a two-hour private lesson. Thank you very much to the Nelson, Okada, Jeffrey, Colher, Lake and Umehara families for their generous donations that enabled us to travel to Melbourne for the Vic Open.

Congratulations to everyone with new belts, the dojo is looking very colourful now! Each and every grade is special, but I was particularly honoured to award junior brown belts to Jyah and Dylan and a 1kyu brown belt to Tyzak.

Brown belt is a major milestone, and I am very proud of everyone who makes it this far. I will not award a brown belt to anyone that I do not feel represents the teachings of Sobukan, in and outside the dojo.

Jyah has shown enormous commitment, practicing regularly at home and usually arriving early for class to train for up to half an hour before each lesson. His personal development and discipline has improved out-of-sight recently.

Dylan is one of Sobukan’s very first students, so I have had the pleasure of watching him grow up over the past six years. Dylan’s has reinvigorated enthusiasm towards his training, and did an excellent job at his grading. An intelligent, considerate and conscientious young man, Dylan is a model student in many ways. 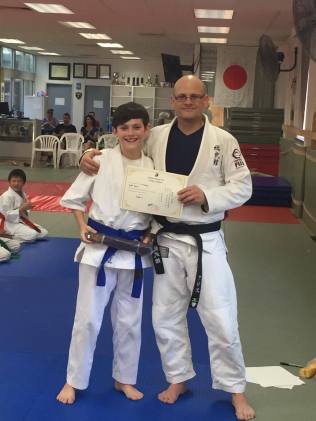 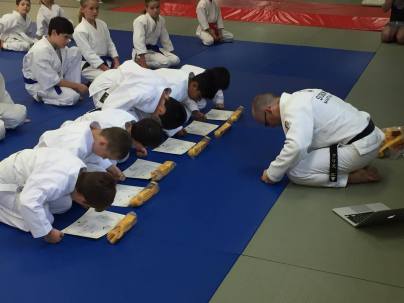 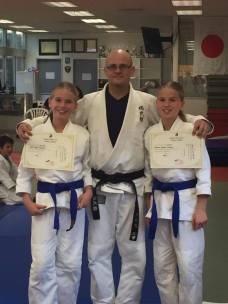 Tristan, Sam, Dan and I travelled to Melbourne last week for the Victorian Kudo Open. The level of this tournament was the best I have seen in Australia so far – Kudo is growing bigger and better!! There were some very exciting fights displaying the full range of Kudo technique; strikes, throws, takedowns, and grappling.

Dan had unfortunately injured his ribs sparring (at another club) a few days before the tournament. He showed up ready to fight, but during the warm ups was barely able to move and had to withdraw. While his inability to compete was disappointing, it enabled him to coach Tristan and Sam. I was asked to officiate all of the tournament bouts, meaning I was unable to coach our fighters, but Dan quickly filled this role.

Tristan fought first, in the 240 PI division. As Kudo is still young in Australia, some of the categories are small, and there was only one other athlete in Tristan’s division. A small division doesn’t necessarily mean an easy division! In this situation competitors fight to win the best of three bouts. Tristan won the first bout convincingly by points, but his opponent Lewis was no push-over!

Sam fought next. It was never going to be an easy fight. You may have seen his opponent in videos on the Kudo Australia FB page. Benny is a professional fighter, having competed in 36 professional Muay Thai bouts. He has outstanding striking and solid takedown defence. Despite the experience gap, Sam showed real courage, facing up to his opponent without a flinch. He even landed some nice shots, but Benny was too good for Sam this time. Sam was unable to continue after absorbing some devastating blows.

Congratulations and thank you to everyone who assisted in the organisation of the tournament. Sam and Tristan could not have done so well without the cooperation of everyone who has helped, sparred and training with them. Anyone interested in competing next time should let me know now, so that we can start preparing! 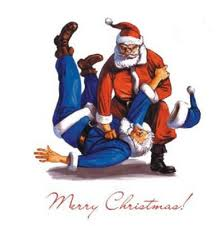 How does Sunday December 10 sound for an end of year/Christmas party? Any ideas on what you would like to do?