Unfortunately we were not able to secure a booking for April 25-26 and the dojo is also unavailable that weekend. In the near future I would love to hold a training camp and maybe the dojo is the best option. Families would be welcome to bring sleeping bags and camp on the mats. Below is a draft schedule for the gasshuku. I am very open to ideas! 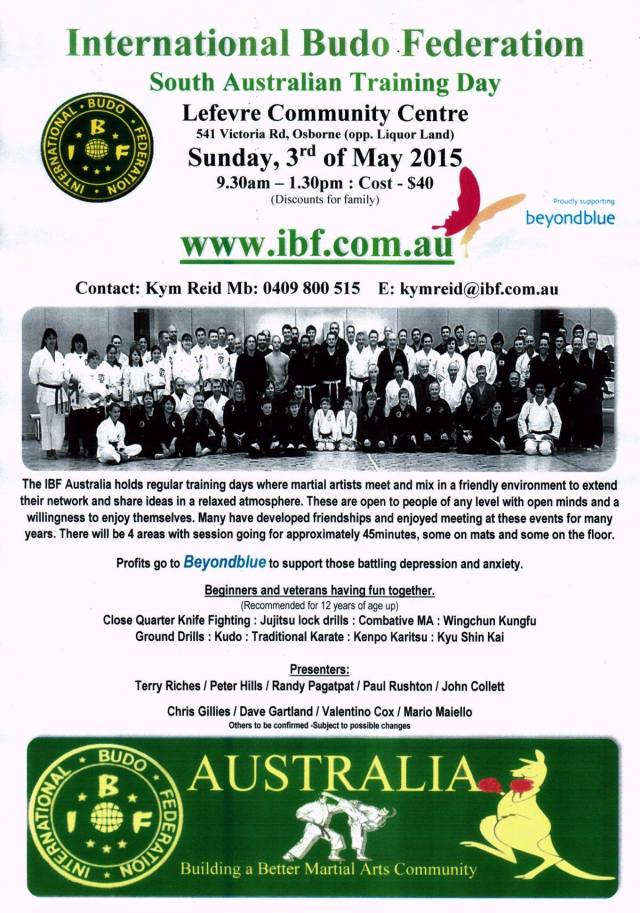 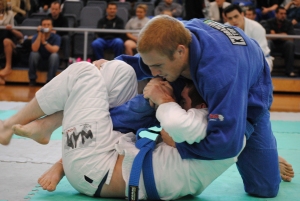 We have a couple of students who have expressed interest in competing in BJJ. If you wish to compete in the SA titles on May 9, please confirm with me ASAP as I will need to arrange team and individual memberships. A good result may qualify you for the Australian titles to be held in SA in August.

The UFC is coming to Adelaide for the first time on Sat May 10th! As this is just in time for my 40th birthday, I will be attending. While the UFC may not be every 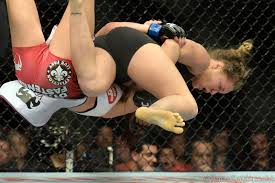 one’s cup-of-tea and you may have no plans to become a professional mixed martial artist in the near future, it is an entertaining way to observe and analyse martial art techniques, tactics, counters and combinations. Few could argue the influence the UFC and MMA in general have had over the development of martial arts in the past two decades.

We have been invited to participate in the Adelaide Sports and Fitness Expo again this year!

I am still waiting on permission from the Office of Recreation and Sport and confirmation from the Kudo National Tournament Director to hold SA’s first Kudo competition at this event. We are cutting this fine, but it is looking more positive. For those interested, please work on your 3Cs: condition, combinations and counters.

Regardless of whether the competition is able to be held at this event or not, we will do a demonstrate martial arts throughout the day and I would love to have the whole club there, so please brush up your jujutsu, KU two-person drills, kata, kumite etc. Raghu and Pacey – we will need to work on our skit again!

Some other martial art groups will also share the stage to show their wares between our appearances.

Kudo is a Japanese gi-based Mixed Martial Art that focuses on kumite. It perfectly complements and reinforces that lessons that our Koryu Uchinadi Kenpo Jutsu kata and drills provide.

25 participants from arts as diverse as Karate, Jujutsu, Judo, Krav Maga, Amok, Kenpo, MMA and Koryu Uchinadi Kenpo Jutsu came together to learn from the former Commando and prepare for Kudo competition in Adelaide in 2015. I was very pleased that approximately half were from Sobukan.

The first day commenced with a discussion about the rules and background of the combat sport Kudo and the associated art of Daidojuku. We then drilled a number of combinations unique to Kudo including using the gi to mix strikes with clinches, off-balancing techniques, throws and submissions. We even got to explore some of the weaponry tactics that Paul shibucho has taught to special forces in Australia and the US.

Sunday March 1st was SA’s first Kudo grading. Only two participants already held Kudo grades, Raghu (who had graded twice interstate) and myself. After 5 hours of basic training, ido keiko, uchikomi and kumite, 14 people were awarded new Kudo grades, nine of which are from Sobukan Martial Arts. Special mention should be given to the Purvis family, who boast SA’s youngest and oldest Kudo grades!

We have had a few weeks off Sunday training, but this will start up again on 12 April in preparation for BJJ and Kudo competition in May! 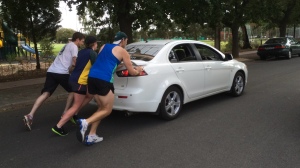 Feel free to wear Sobukan t-shirts to training when it is too hot to wear a dogi, or when we have beach or outdoor training sessions.

This kotowaza is not specific to the martial arts, but holds a couple of lessons for us. If someone has taken the initiative in attack, it is generally futile to try to stop their advance. They will have momentum and the element of surprise to their advantage. Instead of trying to stop them, move off the line at the last moment. As you will have heard me say many times before: ‘Don’t try to stop the train; get off the tracks’!

The second part of the kotowaza offers another pearl of wisdom. If you have fought off an attacker, and they are escaping, let them go. Chasing them to exact revenge, or teach them a lesson will only lead to trouble. You then become the aggressor, and witnesses, police and a court of law may judge you guilty of assault. Don’t let emotions or ego enter the equation, and remember the Hakkoryu Jujutsu philosophy of idomazu, sakarawazu, kizutsukezu (don’t challenge, don’t resist, don’t injure).

Any jujutsu-ka worth their salt will tell you that the pinky finger is the most important one, but most karate-ka have forgotten this valuable lesson.

As you all know, I love the overlapping principles in martial arts: the lessons that ring true whether we are talking about striking, throwing, grappling or arresting. Studying these golden rules will improve your overall martial arts ability with great efficiency. A prime example of this is the 3-finger fist.

Incorrect way to make a fist

Lets start with the wrong way to make a fist – which just happens to be the way that almost all karate-ka do it. The image below demonstrates the conventional way of making a fist. Curl all four finger tips into the palm of the hand simultaneously, then lock the fingers in with the thumb. When I make a fist this way, I trap some of the meaty part of my palm against my fingertips, which forces my ‘door knocking knuckles’ rather than my punching knuckles forward. If I punch with this fist, I will inevitably hurt my hand! But that is not the main problem…

The correct way to make a fist is to start by curling the pinky finger, then the ring and middle fingers. The forefinger and thumb should only be closed immediately before impact. 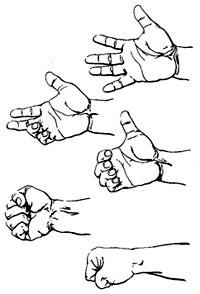 Correct way to make a fist

When the forefinger and thumb are grasped, the muscles on the bicep side of the arm and forearm are employed. These muscle groups are antagonistic muscles when throwing a straight punch, and therefore premature tension will slow the punch down. The common analogy is driving a car with the handbrake on. Tension of the other three fingers employs the muscles that straighten the arm, and therefore work with the punch rather than against it.

Unnecessary tension in the elbow also tends to curl the arm during the punch, and the fist will often land pinky side first, rather than with the first and second knuckles. A relaxed arm also assists in quick, smooth transition during combination punching.

Lets look at other gripping in martial arts. Judo has some of the most developed grip fighting in all martial arts. How do they grip each other? While difficult to demonstrate pictorially – you need to feel it – judo-ka grip the opponent’s gi with their entire hand, but concentrate their strength on the bottom three fingers. Looseness in the forefinger and thumb keeps the elbow loose, which allows the judo-ka to quickly repond to his opponent’s movements. A tight elbow locks your own balance into your opponent’s, making you vulnerable to every movement he/she makes.

One of the primary lessons in Hakkoryu Jujutsu is the ‘Loser grip’, learning to grip your partner’s wrist with the 3-finger grip, leaving the forefinger and thumb relaxed and extended. Gripping with the thumb and forefinger actually removes the power of most arresting techniques. Hakkoryu Jujutsu Soke sensei demonstrates in the image.

So why do so many people have it wrong? Good question!

There are different lessons for different levels, and subtleties left for advanced students. Sometimes the advanced lessons are withheld while the pupil demonstrates their loyalty, and other times they are simply not yet ready. I believe the concept of kime, often interpreted as full body tension on impact of punches in karate circles, is a beginners technique designed to protect the underdeveloped bodies of new students. However, as students left their dojo (or foreigners visiting Okinawa/Japan for short periods) without learning advanced teachings, these truncated, or simplified, lessons were perpetuated. Generally the faster an art spreads, the more of the subtlety is lost. This can certainly be seen with Aikido and Karate in dojo all around the world.